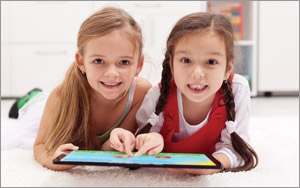 APPS ARE NOT EXEMPT

Although this article about Apps is not about a company being ‘busted', it is a clear reminder that Apps are not exempt from the reach of the FTC. If you are in the business of Apps, or your product has an App, you want to make sure that you are covered and compliant – especially when it comes to childrens' Apps and privacy disclosures.

Developers of childrens' apps are improving their privacy disclosures, but most apps for kids still fall short, according to the Federal Trade Commission.

Just 45% of kids' apps now offer parents links to privacy policies before the apps are downloaded, according to a new report by The FTC's Office of Technology Research and Investigation.

That figure marks an improvement from 2012, when only 22% of apps offered links to privacy policies.

The FTC also reported that around 13% of the apps examined offered “short form” disclosures about the sharing of personal information with third parties, in-app purchases, persistent identifiers, and other privacy-related factors.

“Whatever the reasons for the increase in direct links to kids’ app privacy policies, it’s a step in the right direction,” FTC employees Kristin Cohen and Christina Yeung write in a blog post. “That said, a significant portion of kids’ apps still leave parents in the dark.”

While Cohen and Yeung say they aren't sure what accounts for the improvement, they speculate that the two main factors that may have contributed are that Google, Apple, Facebook and Amazon require developers to post links to privacy policies if their apps collect personal data. And secondly, that the FTC's new Children's Online Privacy Protection Act regulations might have influenced developers. Those rules restrict companies' ability to collect geolocation data from children under 13, or track them for ad purposes, without their parents' permission.