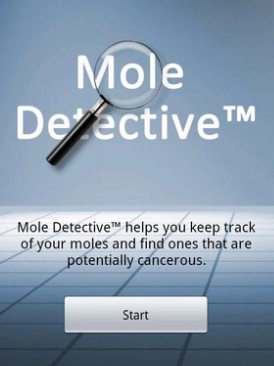 Just when I think I've seen it all, The Mole Detective appears… Details on the case below, and how this apps owners are being brought to justice for deceptive claims by the FTC.

An FTC review of the apps' advertising found that the company had “deceptively claimed the apps accurately analyzed melanoma risk and could assess such risk in early stages.”

The developer and initial marketer of the Mole Detective apps, New Consumer Solutions, agreed to a $3,930 settlement. However, Lasarow — the owner of L Health, a separate, British marketing firm that acquired the app — initially had refused to settle with FTC (iHealthBeat, 2/24).

Under the new settlement, Lasarow is “prohibited from making any misleading or unsubstantiated claims about the health benefits or efficacy of any product or service, including that a device detects or diagnoses melanoma.”

The settlement also included a fine against Lasarow of more than $58,000. The fine has been suspended based on Lasarow's inability to pay it.