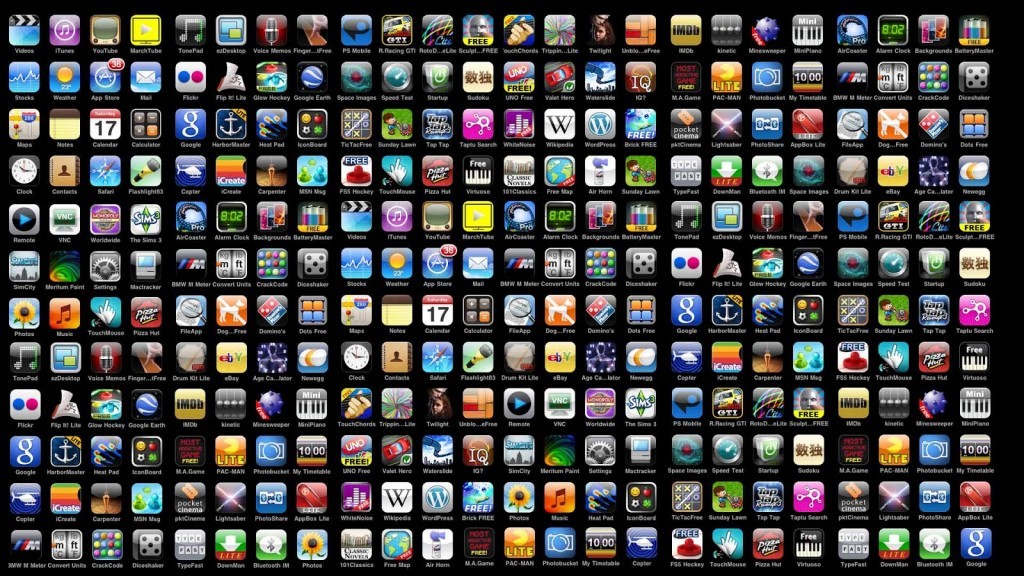 AT FTC Guardian we focus a lot on Privacy. In fact, our next Member Hangout is going to be all about Privacy Policies – what they are, why you need them, and when/how to update them. The following article is a real eye opener regarding apps and your privacy. Speaking for myself, I had no idea that my beloved Words With Friends was up to such antics.

When you’re browsing through the millions of apps available from the Apple and Android app stores, you’ll notice that close to 98% of them are free to download. That’s great if you’re looking to fill up your gadget, but many free apps, and some paid ones, do come with a hidden price: your privacy.

When apps install on your gadget, they request permission to access certain information or phone features. Sometimes they need this information and sometimes it’s not necessary.

A messaging app, for example, needs permission to access to your contacts and Wi-Fi connection to do its job. However, a Flashlight app doesn’t need to know your location or have full Internet access.

Most people just hit “Accept” and install apps without reading what they do. Want to see something funny? Go to bit.ly/1Mpwz4O and watch people’s reactions when they actually read the permissions they’re approving.

Of course, that leaves us with the problem of how to tell if an app is on the up-and-up with its permissions. Most don’t tell you what they use the data for, although some will if you contact the developer. Fortunately, you don’t have to dig into every single app.

A few years ago, Carnegie Mellon University set up a site called PrivacyGrade (bit.ly/1NB9fBk) that analyzes popular Android apps to find out what permissions they ask for and how they use the information. Then it gives each one a grade from A to D.

Libraries are third-party bits of code from other developers that app creators can drop in. Many of the ones you’ll see are from advertising networks, although some are utilities to track how the game is working, or even from Facebook for easier logins to the app.

An app with a lot of advertising libraries is going to get a worse score than an app just running utility libraries. That’s because an advertiser can track you across any app that includes its library.

Here are 7 popular apps that PrivacyGrade gives a low score and why you may want to think twice.

This popular app lets you play a version of remote Pictionary with friends. It’s fun, but it includes several advertiser libraries and uses the “Read phone status and identity” permission to pass advertisers your phone number, call log, signal information, carrier and more.

This popular app is like a fast game of Scrabble, and it’s great for brushing up on your vocabulary or being humbled by small children. However, it’s from the same developer as “Draw Something,” so it’s no surprise it has the same privacy worries. However, it goes a step further with the “Precise location” permission. While it does use your location for the game, it also uses it to show you location-based ads.

This app acts as a screen lock for your phone, and promises to be more secure and smarter than your gadget’s built-in screen lock. Naturally, that means it has to know a lot about your phone and requires just about every permission available, from your location to reading your text messages.

Oddly, it doesn’t have advertising libraries installed, although it could be sending data to advertisers using its own first-party code. However, it does link up and send your information to app stores besides Google Play. This is potentially dangerous since app stores besides Google often have malicious apps that can steal information from your phone. This could very well be a gateway app for unsecured apps or apps that do seriously hurt your privacy.

From the same company that brought you GO Locker, this app brings you the weather and a forecast. However, like GO Locker, it uses a lot of its permissions to send data to app markets besides Google Play. After doing a little checking, it appears that every GO app, including GO Battery and GO SMS Pro, has this same design. I recommend steering clear of them.

Go to bit.ly/1OttgsJ for a weather app that won’t spy on you.

It doesn’t include any ad targeting libraries, but it does grab a lot of information, and is has the Baidu search engine library built in. Baidu is China’s answer to Google, and there’s no good explanation why a Chinese search engine might need things like the ability to turn your Wi-Fi on and off. In the same vein, the in-app purchases are powered by Alipay, which is a Chinese payment system.

To really take control of your smartphone’s camera, check out Camera FV-5 (bit.ly/1OHLZiP) for Android or Manual for Apple (bit.ly/1OjehOt).

The first modern “viral” mobile game with more than 2 billion downloads since 2009, Angry Birds and most of its sequels and spinoffs don’t fare so well with privacy. Most include several targeted ad libraries that grab your phone identity information, which includes phone call logs, your signal, carrier, device ID and number.

Outside of PrivacyGrade’s score, “Angry Birds” also has the distinction of being one of the apps the NSA and British GCHQ targeted to snag user information from smartphones thanks to poor security. The newer versions of Angry Birds (bit.ly/1ieoYZv) aren’t as vulnerable, so they get a slightly higher “B.”

If you have kids around, “My Talking Tom” is an app you might get asked to download. It’s basically a cute little game where you adopt and take care of a kitten. However, its privacy settings aren’t so adorable.

It includes a whopping eight targeted ad libraries and, in addition to your phone’s identifying information, it sends the advertisers audio from the microphone as well. For a kids’ game, that’s creepy.